I want to thank you guys for your outpour of love and support after my father " Metric" died. I really appreciate all the love and support you have shown us. I now understand the love my father felt for his brothers. I don't know how my brother would have made it through this without you guys. I also want to send a special thank you to Izod! You are the best of the best! Also another special thanks goes to Smart Azz and Lil Bit from the New Port Richie chapter, for their love and help to my daughter Lacey and my husband John. Much love to you guys.

Yesterday in Gallup NM I was traveling east in the slow lane going around 65mph on 40 just past the port of entry when I saw in the mirror, four of your guys. I ride and appreciate bikes etc so was happy to see them approaching. So looking forward all is well, they are about to start passing me and I am seeing another big truck up ahead on the shoulder with four ways on and I had to look real close to see if he was moving at all, well he was, I observed him slowly moving up the shoulder as I approached, now four bikes passing me and the truck came right out into my lane, unfuckingbelievable, so knowing a had this situation, I braked hard and pulled partially into the bikes lane, enough to avoid crashing into the truck, but I wasn't going any further because I needed to save some space for the bikes. Thank God the bikes had enough experience to get over, and recover from this. As I looked in my mirror as this was all happening, the dumb ass was inches from me and I had noticed in it all that the goof had his curtain pulled across his drivers side window. Just flung himself into traffic with no regard. I am sooooo grateful I was able to get over enough, but still save some space for your four previous lives. I am still in disbelief and thankful for your skills. Thank you for making it through. I have it on dash cam and sent the video to the offending company. I hope you knew I did all I could and that you saw why I was forced to cut your real estate short. I have 23 years experience out here and it's getting worse all the time. My career is almost over because of the stupidity out here. Again, I am so grateful you made it through.

Why? I have read your book IZod, why did you leave. What changed? So many chapters of IO, your brothers, the storms you weathered, the attempted take overs. You leave, why? I'm not IO, but I want to be, the core values which you founded, I see in the people I get to know each day. I wear that prospect cut, worn with the values you and 7 other founding members banged out in a garage, and I have to ask why, why did you leave? If the values of the IO changed, what changed? When you say you have no affiliation with the IO, and I read the rules, written by you and other brothers of the IO, and embrace MBBM, I have to ask, why did you leave?

Answer from Izod: Trace, your sincerity and honest question motivated me to answer you because I have been asked many times this same question. Sometimes you have to be prepared for an answer that is not comfortable especially when it is the truth. Be prepared for this answer. The truth is I did not leave. I was thrown out. It was a long founded plot by the sitting members of the Board some of whom have just been re-elected. These people felt threatened and indeed felt I was a threat not only to their leadership but also to the agenda they set upon to change the Iron Order to be a 1% operating club without a diamond. In their words, “We want to be a real MC like all the big clubs because we are a big club now”. Of course I and many others were totally against their objective. They decided I had to go and anyone who believed in our core founding principles (all of them written by us) had to go too. The reason they gave was my second book. What you need to know is, all the Original 8 who were surviving left the IO immediately. Then 400 more and then 50 more, then even more left, so now the IOMC is less than half what it was under our leadership and continues to lose 5 to 7 members every day. What is left now is a the very poor leadership who have led the IOMC down a very dark and dangerous path that has led to over 10 gunfights, 2 killings, 15 serious beatings of IOMC members, several law suits, and OMG status for the Iron Order on three major military bases and 13 states. The club you are prospecting for is not the IOMC we founded. The club you are wanting to join does exist but it has a new name, it is Iron Legacy. The second part of your question is simple. After I was thrown out I was hammered by all the elders and hundreds of true brothers who wanted no part of the demise of the IOMC and knew the Board was on the wrong track. The call from them was humbling. They all had their own way of saying it but what they wanted was, “OK Boss, we’re out, we’re with you, we can’t let the dream die just because of some simple minded fools”. The answer was simple, we continue on with HILTH. Iron Legacy MC was born. I wish you best of luck with your journey finding a brotherhood. I know there are many good people still in the IOMC and some chapters have remnants of the values and principles we founded the club on. I hope you find one of them. However, I am truly sorry to say you will find the IO is not the club you read about. The club you read about is Iron Legacy MC.

If anyone disputes these facts they are liars. If you believe them you can also believe everything Hillary Clinton says. Enough said.

I would also like to thank mumbles, Goliath, swaps, who are members of the Iron Legacy MC. My sister Amanda Nicholas list her life tragically on Saturday night 9/24/16 and every since then my step dad Bipolar and the MC he is a member of have done an amazing job supporting me and my family who they have never met. This to me is a true God send to have a group of men that just open up they're hearts and give because of what they stand for. Thank you again Iron Legacy MC, sincerely, Melissa Nicholas

I want give a huge thank you to the Iron Legacy MC and the members that have stepped up to donate a large portion of funds to my sister's funeral expenses, my step father is Bipolar a VP with the Nolanville TX Chapter and he asked his club for some help and of course the members being a very close knit family with tremendous values they indeed stepped up and reached into they're pickets to help. I would like to thank no shine, Raven, Cuddles, dice, and many more for your generosity in this tragically trying time.

Ride in Peace brother Metric. We already miss you. We'll have a place reserved for you at the the rally so stop in and watch over the madness. Give our best to Docfather when you run into him and hold a place open in the pack for us. We're all coming to join ya'll so keep the beer cold and women hot. Love you my brother. We lost you way too soon.

The Koske family and everyone who attended Penny's Pride memory ride would like extend a huge thank you to Chello for assisting in saving Jimmy Doolittles life that day after his terrible crash on his bike.You are truly a hero in our eyes! And thank you to all of you guy's and girls from Iron Legacy for so much support! Words can not express how we appreciate you all. Jimmy has 10 staples in the back of his head and all his ribs were broken. He is out of surgery and doing fine.Thank you again from the bottom of my heart?? Sissy and Family

My thoughts are Prayers our for lost brother Metric. I am said to say that Doc has Brother to hangout with in the Legacy Chapter. Those coming in for the funeral ride safe and take your time. Much Love and Respect to my Iron Legacy Brothers.

Great to hear from you Virus, Doc watches over the website like he always did so I'm sure he read your message. Thanks for the kite brother. We wish you the best.

Thank you for the bike for Logan. He loves it and tells everyone about getting it and who gave it to him. We'll never forget that day.

Roy here, President of the Red Knights Alabama Chapter 7. Met some of your guys from Enterprise Alabama ( Taz and Varmint ). Some really cool guys man and very helpful. I appreciated the fact that I could sit down and talk to them peacefully and they were more than willing to share their knowledge of the MC world with us. Definitely gained my respect and I look forward to developing a good working relationship with the Iron Legacy. Hope to see y'all again soon.

I just came across this website, so much to say but I'm at a loss for words on many levels.

RIP, Doc. I'm sorry we didn't get to take that last ride. I'll always hold a spot in my heart for you.

Strange feelings as I continue to write so I'll stop now. Rife safe.

RIP my old friend Doc. You were a Nomad to the end. I will never forget you.

Thank you so much for volunteering at the Kid's Fishing Derby. Your hard work is greatly appreciated and it will go far in enabling the Pasco County Foster Adoptive Parent Association to provide assistance to its clients.

Don’t forget that the valuable time you spend at this effort will likely equate to a grant from the NYL Foundation to the Pasco County Foster Adoptive Parent Association . This means you not only made a difference with the time you gave, but also with the money that will follow on behalf of your efforts!

Once again, on behalf of the Pasco County Foster Adoptive Parent Association and myself, thank you for being a Volunteer for Good! We look forward to working with your group on a future project. 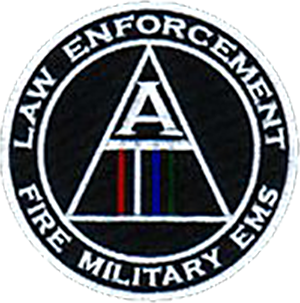